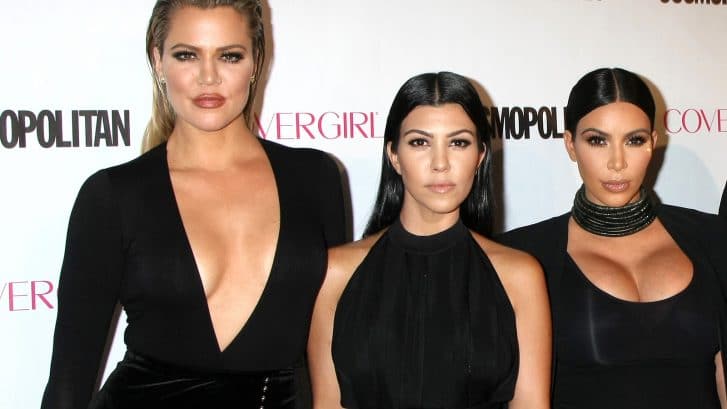 How did you make the most of your 2020 downtime? Did you learn a new craft, binge movies or your favorite television show, or get better acquainted with your loved ones via Zoom?

Certain celebrities used the opportunity to recover from various facial treatments. While they were in the comfort and discretion of their respective quarantine abodes, the following four personalities enjoyed the rejuvenating rewards of aesthetic transformations. Let’s take a closer look.

When you are in the public eye as often and as massively as a Kardashian, even the slightest alteration makes headlines. When Khloé posted a video to Twitter in November, the social media world immediately ignited with rumors galore.

To dispel the chatter from the facts, we turn to a board-certified surgeon’s expertise, who deconstructs Ms. Kardashian’s look feature by feature. While makeup and creative photography can achieve a modicum for shaping the nose, Khloé’s nose’s tip was thinner than any lens or lotion could accomplish. The experts agree that the mega-star most likely underwent a rhinoplasty procedure.

Moving down the contours of Khloé’s ubiquitous mug, we notice that her chin is more pronounced than usual. This feature may be the residual effect of a nose job; the chin appears more prominent with the mid-face slimmed down. However, Ms. Kardashian may have also benefited from a facial filler like Radiesse.

Fillers do as their name implies: they fill the gaps beneath the skin’s surface and provide volume to depleted, diminished features. The calcium hydroxylapatite in Radiesse dovetails with the extracellular matrix’s natural tissue, a complex network of proteins that gives skin its structure. Khloé Kardashian most likely perked up her profile with a striking yet subtle injection of dermal fillers before she stepped onto the Twitter stage during the pandemic lockdown.

The irascible alum of American Idol and America’s Got Talent is a notorious critic, which is why he insists on being beyond reproach. Cowell lost 60 pounds before the Covid-19 shutdown, but he did not suffer from the lax, sagging appearance that many newly thin people experience.

There are several ways to avoid wrinkles and redundant skin after achieving significant weight loss. The most effective method is to get a facelift or a neck lift. Your surgeon begins by concealing incisions along the hairline to lift the upper face or the jawline to enhance the lower look. The latter appears to be what Simon Cowell recently experienced.

Cowell’s neck contours are distinguished and defined. He has no sign of the dreaded “neck wattle” or creases along the lower face. If Mr. Cowell did not go under the knife, he most likely benefited from the filler treatments described above.

To minimize persistent wrinkles due to muscle tension, perhaps just like the old children’s game,  Simon says Botox. We realize that his job is stressful. Disparaging young, aspiring artists can take its toll. But Botox eases repetitive facial contractions, allowing a smooth surface to win the proverbial competition.

Without offering political views, we will instead allow excellent cosmetic surgery to speak for itself. After avoiding the media for several weeks, conservative spokesperson Kellyanne Conway returned to Fox News for an appearance in which she looked refreshed and rejuvenated.

A smooth complexion had replaced Conway’s signature wrinkles. There are several ways to achieve this transformation, most notably a fat transfer to the face. By grafting Kellyanne’s own extracted fat cells into her facial folds, her surgeon could perform added volume and a natural sense of youthfulness.

A facelift would be able to address the drooping skin along the brow if the filler treatment for Conway’s sagging skin was too pronounced. There has been no confirmation at the time of this article’s submission to Kellyanne’s surgical enhancement rumors.

Shifting gears, let’s focus on a celebrity who openly acknowledges her glorious enhancements. Real Housewives of New York City cast member Sonja Morgan took to Instagram back in July of 2020 to own up to the swirling rumors about her enduring beauty.

“There’s been speculation around my fresh new look. I got a lower facelift and neck lift after wrapping Season 12,” writes Ms. Morgan. “I just wanted to be rid of the wrinkling around my neck and the [jowls] that were starting to form. People thought I was nuts because it was so subtle. But not to me!”

What we love about Sonja’s candid admission is how she declares her intentions for aesthetic improvement as an individual goal. She did not get her facelift while considering the publicists, critics, or even people in her inner circle. Sonja did it for herself.

“It was a no-brainer – gravity had taken its toll, I was also exhausted, and I needed a ‘pick me up,'” she continues. Ms. Morgan explains the deep plane method of facelift procedures, in which the elevation occurs below the muscles to keep the skin and its soft tissue intact. This technique is incredibly successful in lifting the lower and mid-face regions.

The exact approach for your facelift must celebrate your unique dimensions. What worked for Sonja Morgan may not be right for you. That is why it is essential to discuss your anatomy and goals with a trusted, compassionate professional.

Dr. William J. Binder is one of the most accomplished and innovative cosmetic practitioners on the West Coast. Despite his surgical finesse, Dr. Binder has also mastered the art and science of non-surgical enhancements. He was the visionary who implemented the use of Botox for migraine relief.

If your appearance is giving you headaches, give yourself the star treatment right here in Beverly Hills. You will be ready for your close-up in no time!