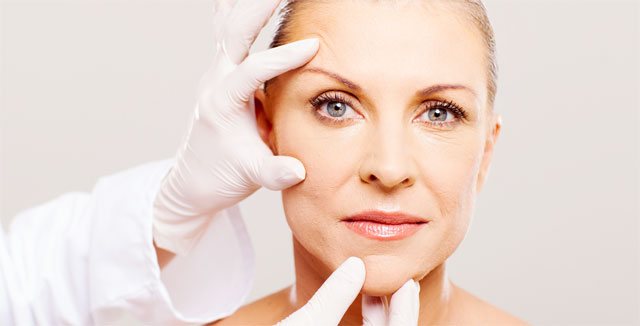 How the Upper Face Ages

As we age, the eyebrows and forehead often tend to relax and droop. Not only can the natural aging process cause eyebrows to assume a lower position on the face, but it can accentuate excessive upper eyelid skin and cause tissues at the outer (lateral) part of the eyelids to sag. Other signs of aging that appear on the upper part of the face include deep frown lines or furrowing between the brows, excessive forehead creases and horizontal wrinkles at the top of the nose. Fortunately, the “forehead” or “brow” lift operation can improve all of these facial characteristics. Proper elevation of the dropped brows and reduction of the forehead wrinkles is often essential in order to achieve complete success when treating the eyes and upper part of the face.

View Before and After Photos

The forehead lift gives a person a smoother, friendlier, more youthful and rested appearance by elevating the eyebrows and diminishing forehead wrinkles and frown lines. While often performed in conjunction with a facelift, a forehead lift may also be of immense help to younger people long before they would ever consider a facelift. Designed to elevate the eyebrows to a normal position, a forehead lift can raise congenitally low eyebrows that give the face a sad expression. The forehead or brow lift may also be considered as a reconstructive (non-cosmetic) procedure when performed on people whose brows are so low that they interfere with the upper field of vision.

THE IMPORTANCE OF INCISION PLACEMENT

Incisions in forehead lifts must be individually tailored to accommodate each patient’s hairline. Depending on the placement of the incision, the forehead size can either be reduced or increased. If the forehead is already high, further raising of the hairline using a coronal (behind-the-hairline) incision may be undesirable. Although styling the hair with bangs may help to conceal the problem, it cannot correct an excessively high forehead and is a poor substitute for the proper incision. (See High Forehead Section below.) However, a raised hairline can be aesthetically beneficial to many people with lower hairlines and short foreheads.

The standard coronal approach is recommended for people who have generally low hair lines, thick hair and who would benefit from having their hairline raised. In this technique, an incision is made across the crown of the head, hidden well behind the hairline so the scar cannot be seen. If the surgeon is careful to make the incision parallel to the hair follicles and takes meticulous care in repairing the incision carefully, it will heal quite satisfactory. When the incision is placed behind the hairline, hair follicles may go into a resting state and some patients, especially those with thin hair may experience thinning of the hair in and around the incision line. In most cases, this condition is temporary and returns to normal within a few months. The coronal lift provides the best and longest lasting results. Patients who have thin hair can have resultant hair loss at the incision site, and postoperative paresthesia or anesthesia over the scalp, most of which, resolve over time.

In people who have high foreheads, or men with receding hairlines, a hair margin incision is often placed in front of the hairline. However, I believe that the forehead incision should always be customized according to the pattern of hairline recession. For example, in patients with a widow’s peak, the incision may be placed in back of the hairline centrally and laterally but also carried at or in front of the hairline within the receding temporal region. This not only reduces the undesirable, non-hair-bearing scalp in this area, but also brings the receding area of hairline forward to a more favorable location.

At the end of the procedure, the incision is closed with stitches or clips. If a frontal hairline incision is made, careful closure is performed using sutures that are tied on only the hairline side of the wound. This avoids all cross-hatched suture marks and further reduces any visible signs of scarring.

Endoscopic surgery is a technique in forehead lifting which has gained popularity and can provide an option for certain groups of patients. During this procedure, a small fiber-optic camera or retractor is placed through strategically-placed incisions in order to view the area requiring treatment. Using special instruments, the surgeon then performs the forehead surgery lifting the scalp through these smaller incisions. This procedure is performed either alone or can also be performed in conjunction with an endoscopic midface lift.

THE MINIMAL INCISION TEMPORAL- FOREHEAD LIFT
After having gone through the evolutionary cycle of forehead and brow lifts, Dr. Binder is now more frequently relying on the minimal incision temporal lift which tends to raise the outside of the eyebrow more than its central component. This prevents the “surprised look” from ever appearing. It should be pointed out that not all patients (those with low hairlines) are candidates for the temporal lift.

Why the temporal lift?

As we analyze the brow location in young people (as seen in fashion magazines), we find the position of the medial (more central) part of the eyebrow is almost universally in a low position with a gently upward slope to the outer part of the brow. This is the natural position. Dr. Binder has always maintained that if the brow is in that position at 16 years of age, why would we want it elevated at 60? There is not one brow procedure that satisfies all criteria for the “best” procedure. One of the problems with the endoscopic approach, is that in many cases, it may pull the central part of the brow more than the lateral part.

What is bilateral temporal lift?

In anticipating problems of all brow procedures, including the return of muscle function, we developed an intermediate procedure that incorporates the best parts of several procedures. This is the bilateral temporal lift. This procedure can, in select cases, be used in conjunction with a central endoscopic forehead lift. The temporal lift takes advantage of the fact the most patients (men and women) have temporal recession. With this recessed hairline, we have an opportunity to take a flaw and turn it to an advantage. It should be pointed out, that this procedure is not indicated for patients who do not have temporal recession.

Advantages of the bilateral temporal lift

In the majority of cases, the postoperative course after a forehead lift is relatively short, with minimal bruising or swelling. All sutures and clips are removed within ten days. By styling the hair to hide the incision lines, most patients are able to resume a normal non-exceptional routine within two to three days after surgery.