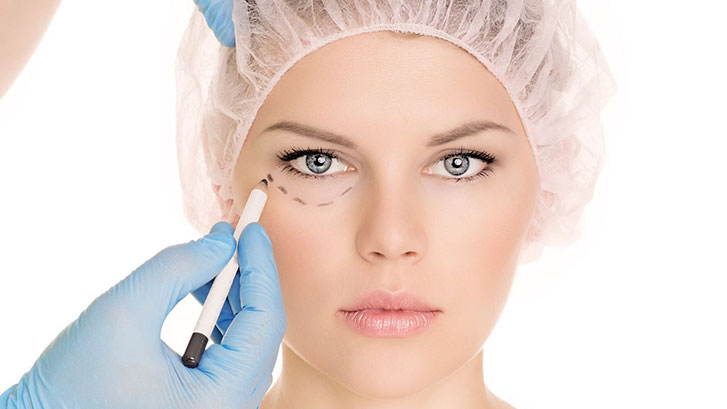 Botox is probably the most well known cosmetic procedure, but it is less known that the name Botox actually refers to the brand name of a neurotoxin called botulinum toxin. Despite the scary-sounding moniker, the diluted form of botulinum toxin in Botox isn’t dangerous and simply causes the affected muscles to relax, reducing or removing wrinkles for three to four months.

Even though Botox is a household name, most people have only a limited knowledge of the treatment. Here are eight fascinating facts about Botox that might just change the way you think about the treatment.

Botulinum toxin injections are not only the most popular cosmetic procedure now, they have been since 2000, and have increased in popularity by almost 800% since then. In fact, 6,757,198 Botox treatments were performed in 2015. That’s more than the next five most popular treatments (chemical peels, laser hair removal, soft tissue fillers, microdermabrasion, and intense pulsed light treatment) combined.

In a mere two years, the number of Botox procedures skyrocketed once more to a staggering 7.23 million performed in the United States in 2017. While a majority of these patients enjoyed the aesthetic benefits of Botox, the chemical compound has a myriad of medical applications that we will now dive into…

Despite its reputation as a cosmetic procedure, Botox was originally used as a medical treatment for strabismus, an eye condition often resulting from muscle dysfunction. The formula works as a relaxant, thus easing the affected area and allowing the tissue to function more properly. From there, it was soon discovered that Botox can also be used to treat other medical conditions, such as face and neck spasms. Today, Botox is used to treat chronic pain, excess sweating, and even depression, all by simply preventing muscle contractions and spasms.

Due to its aforementioned use as an effective muscle relaxant, Botox can help those afflicted by incontinence. When the bladder muscles spasm, they can cause accidental leakage issues. However, by injecting Botox into this muscle tissue, those spasms are decreased, thus bolstering the individual’s ability to control his or her bladder functions.

The results of recent studies have been remarkable. Over 200 patients were observed over a span of four years. In that time, they received one or two Botox injections to the bladder muscles per year. Approximately 90% of these subjects reported that their incontinence episodes were cut in half due to the Botox treatments. And somewhere between 44 and 52 percent of these patients had no further leakage incidents whatsoever.

As one might imagine, these benefits affect not only a person’s physical health but also their mental wellbeing. The “quality of life” responses from these grateful responders improved by a factor of two and three times what they were before the Botox treatments were administered.

Migraine headaches can be tremendously painful and debilitating, and an estimated 12% of Americans suffer from them. With the help of Botox, those affected by migraines can enjoy a respite from the pain for up to three full months. The serum is injected into seven specific points in the neck and head to deliver said relief… so who devised such a helpful remedy?

It was none other than Doctor William Binder, a vanguard in the field for the past four decades. Dr. Binder discovered the benefits of Botox for patients succumbing to migraines back in the 1990’s. But he didn’t just rest on his laurels; he pivoted from this discovery phase by working with regulatory experts to implement his innovation and deliver the formula in the safest and effective ways possible. Since then, Dr. Binder has become the world’s foremost expert on the injection protocols that now dominate the field of Botox use for migraines.

While Binder’s breakthroughs were based on careful research and deliberate studies, the earlier history of Botox involved more happenstance and conjecture. Let’s step even further backward in time…

Though Botox is primarily used for cosmetic treatment today, its applications for aesthetic use were only realized by chance. In the 1990s, Dr. Jean Carruthers was using Botox injections to treat patients with strabismus and diplopia (double vision). Soon thereafter, her patients began to report that in addition to the improvements in their vision, they had noticed that their wrinkles had become less visible since they started Botox treatments. Quickly, Botox gained traction as a cosmetic treatment and use for aesthetic purposes soon outnumbered use for medical purposes many times over.

But Botox isn’t just a 90’s era phenomenon; its roots reach even further back in time than one could have imagined…

Because Botox gained FDA approval as a cosmetic treatment in 2002, it is often assumed that the treatment and botulinum toxin are relatively new discoveries. However, botulinum toxin was actually discovered in the 1820s. Dr. Justinus Kerner was attempting to determine why a batch of sausages had poisoned dozens of Germans, resulting in their death. He discovered a toxin, botulinum toxin, in the meat, and named the ailment that killed the Germans “botulism.”

Botox was also considered by the United States for use as a weapon during World War II. One plan involved the use of Chinese prostitutes to place pills of the toxin in the food and drink of high-ranking Japanese officers. Though the pills were created, the plan was never carried out.

Despite its sordid history, Botox is one of the safest products on the market, due to its long history and the thorough research it has undergone. Botox is FDA approved for cosmetic use in between the eyebrows, on the lines around the eyes, and in the armpits to reduce sweating. It also has numerous off-label cosmetic uses that are just as safe, legal, effective, and thoroughly researched.

Botox can also be used to decrease scalp sweating, which can be used to prevent excess sweating or simply to prolong hair styling. The miracle formula can also correct a droopy nose tip, fix brow asymmetry, minimize lines around the nose, decrease oiliness of the skin, minimize the appearance of pores, and much, much more.

Medical science is never a “one size fits all” endeavor. Every patient requires individual consideration, so a treatment such as Botox may not be ideal for everyone. It is, however, remarkably versatile and wildly successful. It is estimated that less than one percent of recipients fail to experience the benefits of Botox, meaning that it has a success rate north of 99%.

Given that glowing benchmark, it is also heartening to know that the formula takes effect rather quickly. Patients can witness results in as little as one day, but it may take up to three days for the full spectrum of benefits to manifest themselves.

Even though Botox is safe and well understood, choosing the right person to administer your treatment is essential in achieving the best possible results, especially if you need Botox for medical purposes. Botox must be applied carefully and precisely in order to target just the right muscles while still achieving a natural look, so patients should seek out a licensed and board-certified plastic surgeon with ample experience administering Botox treatments.

Dr. William J. Binder is one of the world’s leading experts on Botox, as mentioned previously in this article due to his pivotal role in bringing relief to migraine sufferers. He is based out of Los Angeles but, due to his expertise and experience, patients from around the country and even the world come to receive treatment from him.

Dr. Binder is extensively published and is board certified by both the American Board of Otolaryngology and Head and Neck Surgery, and the American Board of Facial Plastic and Reconstructive Surgery. If you want your Botox treatments from one of the world’s leading plastic surgeons and experts in Botox, contact Dr. Binder’s office today to schedule your consultation.