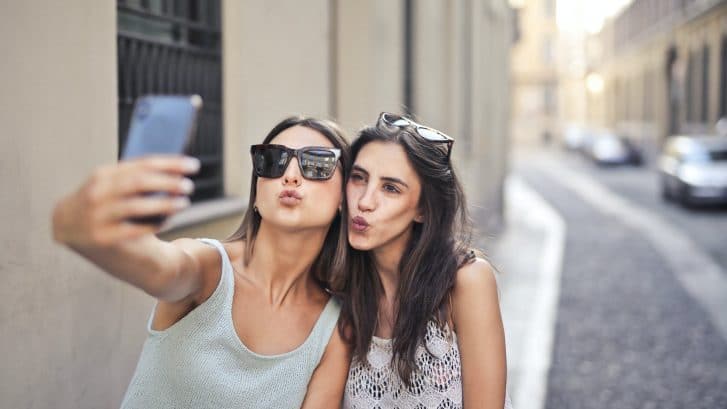 If you Google “selfies” along with “Millennials” and “Gen Z,” you get a slew of results discussing new selfie poses and angles. In that case, selfies behaviors that should stop now, and how certain hashtags are traumatizing a generation (so, don’t use those).

But you won’t find an article on how selfies are on their way out. A recent Google study found that about 93 million selfies were taken each day in 2014 on Android phones alone, as cited by Science Daily. Another study indicates that every third photo for 18-24 year-olds representing Generation Z.

In 2013, the Oxford English Dictionary added the word “selfie” to its tome, giving it the distinction of “word of the year.” And there’s even a National Selfie Day–June 21st, in case you want to mark it in your calendar.

With social media and, in particular, selfies continuing to reach their heights of popularity, we continue to live in a world where appearance matters. Using filters and digital photo correction (all from your smartphone), you can brush over those dark circles or laugh lines while making yourself look brighter, smoother, and younger in seconds.

Because of this, Millennials and Gen Z are seeking plastic surgery options earlier than any other generation, making it more the norm rather than a secret of the rich. Younger generations approach such treatments like botox to be preventive, often dubbing the procedure as “baby Botox.”

According to the American Society of Aesthetic Plastic Surgery, in 2018, people under 34 underwent more cosmetic surgery procedures than those in the 51 to 64-year-old age group. And, according to the American Academy of Facial Plastic and Reconstructive Surgery, in 2018, 55 percent of patients showed their plastic surgeon a selfie when discussing their medical goals.

Read on to learn more about Botox and why younger generations flock to it.

Scientifically speaking, Botox is the isolated form of the bacterium Clostridium botulinum (also known as the botulinum toxin known for causing lockjaw). Once injected under the skin, into the muscle, the bacteria paralyzes your underlying facial muscles, preventing wrinkles and sagging of the skin, helping to curb premature aging.

Not to worry, though. According to Mayo Clinic, Botox injections are relatively safe when injected by an experienced doctor.

How Does Botox Work?

When deciding if Botox is for you, you should understand how it works – what it does and what it doesn’t do. First, Botox does not eliminate wrinkles or make them disappear permanently. Instead, it removes (or softens) wrinkles for some time by paralyzing the underlying muscle.

Are There Any Side Effects to Botox?

How Does Botox Differ from Fillers?

According to the American Society of Plastic Surgeons, botox and dermal fillers are two of the most popular minimally invasive procedures performed in the U.S. However, they are not the same.

As discussed above, Botox contains a purified bacteria that paralyzes the muscles under the skin, minimizing fine lines and wrinkles. Also used to combat premature aging, fillers are also injected under the skin. On the other hand, dermal fillers add fullness to desired areas, such as around the lips. Fillers can also treat common areas for wrinkles, such as smile lines, and may reduce the appearance of scars.

Although there is some overlap in the desired outcome for Botox and fillers, the key difference lies in how each product works, from freezing to plumping.

Millennials and Gen Z are effectively erasing any stigma around plastic surgery through social media, selfies, and attitudes towards health and aging, including “preventive” procedures such as Botox injections. By normalizing these procedures as a part of your regular self-care routine, these procedures will likely continue to rise in popularity.

However, remember that they are medical procedures, and cutting corners is not advised. Instead, a qualified and experienced professional like Dr. Binder can analyze your fine lines and wrinkles, informing you of the best approach forward. So, to combat premature aging, contact us today and be ready for your filter-less selfie!