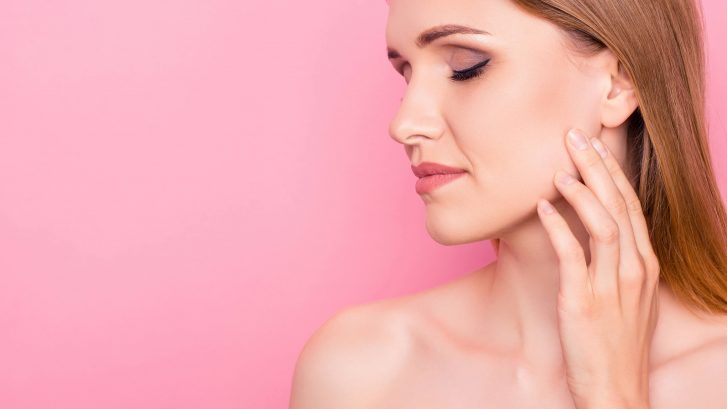 Getting a cheek augmentation, or “lift” in laypeople’s terms, helps renew your youthful vigor and perks up your demeanor for those gazing at your visage. And nobody has more face time than celebrities.

Some of the biggest stars in film, television, and music have benefitted from cosmetic enhancements in the past, even if some of them disavow such procedures. Which raises an important point: the best cosmetic surgeries are seamless. You shouldn’t be able to tell whether or not someone has undergone a cheek lift if the doctor has done his or her job correctly.

Although the Material Girl officially denounces the very idea of plastic surgery, experts have hypothesized that her cheekbones defy gravity (and age). As we age, our cheeks tend to lose their fullness and elasticity. That’s why we squeeze babies’ faces to express how adorable they are!

Madonna seems to enjoy the same baby face that she had thirty years ago, specifically when it comes to her cheekbones. They are full, vibrant, and expressive, implying that they have had some help from a skilled surgeon in recent years.

Regardless of Madge’s medical history, her face is as timeless as her music. Rock on, we say!

Iranian model turned internationally acclaimed actress, Claudia Lynx has transformed before the watchful eyes of the world stage. She got her start in baby commercials and never lost that youthful luster, even as she graced the covers of magazines and guest starred in shows like The West Wing. In before and after analysis of Lynx’s look, we see how her cheeks ascended, most likely thanks to skillful surgical maneuvers.

Speaking of skillful surgeons, our team is well versed in creating the sensational aesthetics that Claudia Lynx has sported on runways around the globe. We can determine which supermodel style is right for your face and formulate a plan accordingly.

She was married to the King way back in the 1960’s, but Priscilla Presley is still the Queen of looking fabulous. The septuagenarian rose to prominence when she met Elvis Presley at the tender age of 14. Since then, she became a celebrity in her own right, appearing in such films as The Naked Gun franchise.

Priscilla is also an enduring symbol of youth and beauty, thanks in part to her carefully crafted look. Her iconic facial structure has undoubtedly benefitted from a probable cheek implant procedure, as evidenced by the unwavering height and robust nature of her mid-facial bone structure.

From Graceland to Tinseltown, Ms. Presley is an example of cosmetic enhancement done right. Viva Priscilla!

The veritable “It” girl of the 1990’s, Zellweger is a prime example of growing into your years with grace and elegance. Instead of making drastic changes that amplify or pronounce your facial features, she took a more restrained approach, seeing as how she already had plump lips and rosy cheeks.

But on the subject of cheeks, experts believe that Zellweger has recently introduced some minor enhancements to her mid-facial area. But here’s an important tip to keep in mind: she apparently did so in conjunction with the rest of her features. The cheekbones aren’t jutting out noticeably further than her forehead, and they create a pleasant line with her jaw. These subtle alterations complement her naturally aging skin and tissue, making her supposed cheek augmentation so subtle that it might not have even happened (we’ll never tell, Renee)!

If there’s one family that’s synonymous with plastic surgery, it has to be the Kardashian clan. But not all procedures are created equal, so let’s break down the ins and outs of a successful cosmetic procedure by putting Kourtney under the proverbial microscope.

While Kim’s little sister only admits to having breast augmentation, experts believe that she also added some oomph to her cheeks. Over the years, she has gone from cherubic to statuesque by elongating the shape of her face. This may have been achieved with some sculpting procedures, or perhaps a simple injection of Juvederm. Rumors have swirled about the myriad procedures that Kourtney may have had, but her cheeks remain an understated testament to her natural beauty. Although a little help from the doctor might also be in play.

Which brings us to an essential stopping point in our journey through the heights of Hollywood cheek lift success stories: know when to say when. A responsible surgeon will know how to satisfy your cosmetic needs without overdoing it and concoct an aesthetic plan that works for your face (and budget).

While some people want to look like a pop music legend, an exotic model, or an infamous reality TV celeb, we encourage you to focus on just being the best version of you that you can be. Contact Doctor Binder today and start the essential conversation that will help determine how best to keep that apple red glow in your cheeks for years to come.