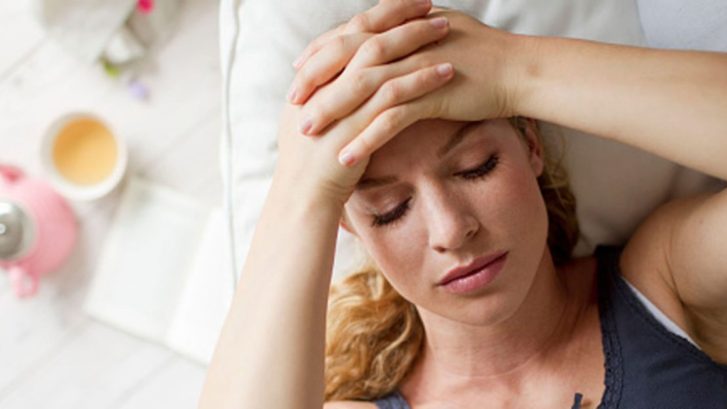 For years, migraine sufferers have dealt with limited or ineffective treatment options for their condition. Sadly, medication options are few in number, and other alternative treatments are marginally effective at best. Fortunately, Botox for migraines can offer safe, effective, long-term relief.

Botox, long used as a way for cosmetic surgeons to bring youthful-looking skin to patients, can now also be used to combat chronic migraines and bring relief to patients that may not have another effective option for treatment. Doctor William Binder pioneered this technique after noticing that Botox patients who also suffered from migraines reported fewer and less severe migraines following their Botox treatment. The treatment has since been adopted by a number of physicians to help bring relief to their patients.

There’s sometimes a bit of confusion about what exactly the difference is between a migraine and a regular headache. Neither are particularly fun, but migraines are considerably worse. Migraines can come with nausea, vomiting, pain behind the eyes or on one side of the head, sensitivity to light, smell, touch, and sound, lightheadedness, and blurry vision. Think of it this way: if a headache is an air horn, a migraine is a train horn. Some other migraine symptoms include:

There are a wide variety of things that can cause a migraine. These triggers can include hormonal changes, particularly in women on a hormonal contraceptive, or other individuals undergoing hormone replacement, aged cheese and other salty or overly processed food, food additives such as MSG and aspartame, alcohol (particularly wines with a high sulfite content), stress, skipping regular meals, changes in sleep habits/lack of sleep, and other physical factors such as exertion or head and spinal trauma. Many people also report migraines following changing the weather and rapidly shifting barometric pressure.

So, how have medical practitioners throughout history tried to alleviate their patients’ suffering? It’s been a long, strange trip indeed…

Failed Attempts from the Past

Science has come a long way over the past several centuries, and nobody is more grateful for these upgrades than those who suffer from migraines. Doctors in bygone eras took drastic (and often dangerous) measures to try and cure their wards, but the remedies were often more painful than the condition itself.

Some patients were subjected to the application of a scalding hot iron to try and sear the migraine away. Others were coated in a salve of opium and vinegar until their skulls were slick with the ineffective concoction. Perhaps most notable: one method of treating chronic headaches was to make an incision in the patient’s temple and insert garlic cloves into the fresh wound. Perhaps that would work to keep vampires out of your skull, but it was powerless to migraines.

The 1930s bore witness to a marked improvement in the treatment of this condition. Ergotamine was prescribed to constrict a patient’s blood vessels in an attempt to halt the spread of the headache.

An even more effective class of drug was engineered half a century later; triptans became the gold standard when it came to treating migraines. Even though they have proven beneficial to some patients, triptans can’t prevent the onset of an episode. They can only reduce the duration of a migraine once it has already taken hold, which is a mixed blessing for those who seek help yet desperately want to stave off the next dreaded flood of pain from an imminent recurrence of their condition.

That’s why the pharmaceutical field can really use some help from experts like Doctor Binder when it comes to delivering the treatment migraine sufferers are truly craving.

Botox is the most commonly used brand of the industrially produced botulinum neurotoxin that is formulated from the Clostridium botulinum bacteria. Neurotoxin? Bacteria? It sounds a little scary when you think about it that way, but it’s actually completely safe when used by medical professionals. In fact, botulinum toxin is one of the most widely used and understood tools in a cosmetic surgeon’s arsenal, and it has been so for decades.

Botox works by essentially interrupting nerve impulses to muscles. This prevents individual muscles and muscle groups from contracting, which in turn causes wrinkles and frown lines to soften and smooth out. This treatment lasts 3-4 months and can be reapplied as necessary. The side effects for using Botox in this way are minimal and usually only include a bit of bruising at the injection site.

Around 1992, Dr. William J Binder began conducting several studies to dig deeply into the usage of Botox for treating facial wrinkles. During this study, Dr. Binder noticed a pronounced improvement in patients that suffered from migraines who underwent cosmetic Botox. Since then, Doctor Binder has become one of the world’s foremost authorities on Botox usage, and is arguably the leading expert when it comes to treating migraines with Botox.

The exact nature of Botox’s effect on migraines is so far unknown, but it is theorized that Botox interrupts the very same nerve impulses that cause migraines, which is very similar to its effects when used for cosmetic purposes. When used to treat migraines, Botox is injected at several spots around the forehead and scalp, and occasionally on the back of the neck towards the base of the skull. This procedure takes less than fifteen minutes and can be performed during a regular office visit, with the patient returning to work immediately. Patients typically see improvements in 2-3 days and can experience relief for up to three months. The procedure is usually done again shortly before this deadline in order to extend the benefits.

When you suffer from debilitating migraines, you want to skip all of the jargon and get to the bottom line: will Botox relieve my pain or not? According to recent studies, the answer is a resounding and triumphant YES.

Since pain mitigation is the metric by which we measure success in the realm of migraine treatment, it is important to note that the first such study showed an increase in so-called “crystal clear” days. This is the number of days in a given month when a patient experiences zero discomfort or distress due to migraines.

Even when migraines did occur in the survey group, they experienced a significant decrease in the duration of the wave, meaning that Botox offered a much-needed release from the grip of trauma that their condition.

In a related study, researchers attempted to analyze the benefits of repeat injections in the effort to subdue migraine effects more thoroughly. This pool of patients was asked to assess their progress after two rounds of Botox, and 50% of them responded that their number of days enduring headache pain each month was reduced by half.

When the same group was administered five rounds of injections, the number of them who experienced this measure of success rose to a staggering 70%.

While Botox for migraines can be administered by many medical, and even non-medical professionals, getting help from the experts is much more likely to bring the targeted relief that migraine sufferers need. If you are suffering from migraines, contact Dr. William J Binder today to schedule a consultation and find out if you are a candidate for Botox-based migraine relief.