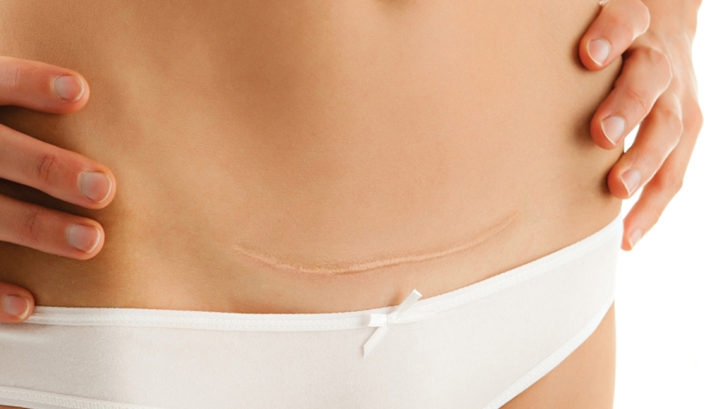 Like it or not, scars are a natural part of life, and most of the time, it’s hard to escape childhood without racking up at least a few cuts and bruises along the way. In order to make it easier to learn how to heal scars and how to further care for your skin, it is vital to better understand the process behind skin and scarring.

The skin is a sensory organ, the body’s largest organ, and when opened, either by accident or through surgical incisions, the injury typically results in a scar. As such, scars represent the final phase of the body’s healing or repair process after skin is damaged, occurring as a direct result of everything from burns, surgery, or skin conditions to any significant traumas. Even a procedure as simple as ear-piercing can sometimes cause a deforming scar or keloid.

Scars form due to damage of the dermis (deep, thick layer of skin), as the body works to form new collagen fibers that then result in a scar.

Initial phases of the wound healing process include control and cessation of bleeding and sealing the wound to prevent the penetration of bacteria or potential infection. Collagen is then used to repair and close the wound. Scars form after a wound heals, usually having a different texture and quality than the surrounding tissue. The entire healing process can be imagined as human cement that is utilized by the body to fill up a hole—i.e. the wound.

There are various different types of scars, ranging from the more typical flat and pale-looking to more raised scars called hypertrophic scars or keloid scars that occur when the body produces too much collagen. Other scars have a more sunken or pitted appearance, occurring when underlying structures supporting the skin (ex. fat or muscle) are lost.

Scars can also appear in the form of stretched skin. These occur as a result of rapid skin stretching, as in growth spurts or during pregnancy, or when the skin is under tension or near a joint during the healing process.

Like scars themselves, the various treatment options for scars range widely. If very early on, some scars should be vigorously massaged with a moisturizer several times a day for about one minute, as the active movement helps reorganize not yet mature collagen bundles that are forming during the repair of the injury. The moisturizer not only decreases friction on the tender new scar but also provides moisture to the area. Some choices such as cocoa butter and vitamin E oil are often quite effective.

One important thing to remember is to stay away from sunlight because immature scars need to be amply protected from the sun in order to prevent hyperpigmentation or becoming overly dark. Some of the best scar treatments available include:

• Steroid injections: Long term courses of steroid injections into a scar may help flatten it by helping soften the appearance of keloid or hypertrophic scars.
• Dermabrasion: Removes the surface of the skin with special equipment and is especially useful when a scar is raised above the surrounding skin (though it is less useful for the treatment of sunken scars). Microdermabrasion, a less invasive form of dermabrasion, can also be minimally useful for very superficial scars.
• Laser Resurfacing: Similar to dermabrasion, resurfacing removes the surface layers of the skin using different types of lasers. The advanced technology results in little down time as opposed to traditional laser resurfacing and dermabrasion, which both require a long recovery.
• Radiotherapy: Low-doses of superficial radiotherapy can be used to prevent the recurrence of severe keloid and hypertrophic scarring.
• Filler injections: Though the effects of injections are only temporary, they can be used to raise sunken scars to the level of surrounding skin. Procedures need to regularly repeated and there are many newer forms of injectable fillers now on the market that may be good to consider.
• Surgery: Although it is not recommended in cases of hypertrophic or keloid scarring (raised scars), surgery can be used to alter a scar’s initial shape or to make it less noticeable.

The formation of scars after surgery or trauma to the skin is an inevitable fact of life that needs to be dealt with as it occurs—whether we like it or not. It is important to be proactive in regards to the treatment of scars early on in order to maximize the outcome of their final appearance.

Let Dr. William J. Binder, an experienced, acclaimed, and world-leading facial plastic surgeon help with the best scar treatments available today. Contact his office today to find out more about ways to prevent scarring or to schedule a consultation.