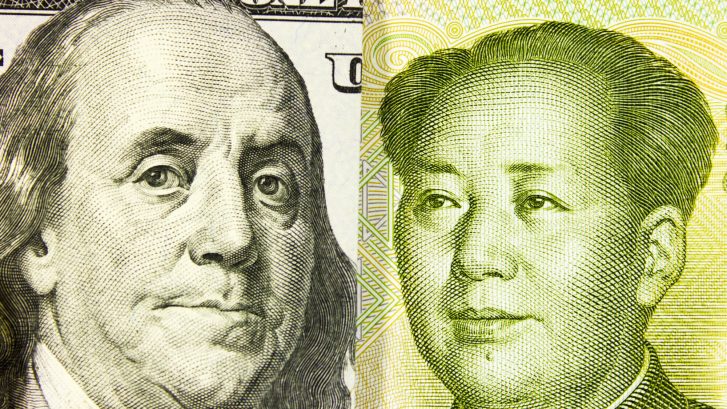 Our world gets smaller every day. Trends spread across cyberspace at the speed of information, and there are no boundaries when it comes to style, beauty, and appreciation.

And yet we still have inherent cultural differences.

Some aesthetics have been ingrained in our respective societies for centuries on end, and that won’t change with the simple click of an Instagram post. We can, however, break down the barriers of our cosmetic discrepancies by illuminating how we differ and how we’re all striving to be the best we can be.

Western norms and Eastern ideals may have varied appearances at first glance, but when you look closer, you can see how each standard is intrinsically beautiful. We want to illuminate a few of the cardinal features of each approach to illustrate how you can achieve your desired look, no matter which side of the Pacific you find yourself inhabiting.

While aesthetics don’t always translate from continent to continent, confidence is recognized around the world. For millennia, the western world has opined about the “Roman” nose: a strong, dominant feature conveying strength and assuredness.

However, Asian noses tend to take on a different arc, thanks in part to societal expectations and traditions. According to one reporter’s account, perceptions of how a person is accepted and how he or she will fare in life are traced directly back to the shape of the nose. While her anecdotal evidence is not intended to apply to an entire culture or people, it is indicative of how the Asian plastic surgery industry admires different qualities in facial construction.

For example, the button nose is often desired over a more protruding version. In fact, some Korean clinics actually advertise a sharp, doll-shaped rhinoplasty procedure for patients seeking that cute, compact look.

According to recent statistics, rhytidectomy (facelift) operations are on the rise in Asian nations. These procedures help correct nasolabial wrinkling as the forehead is lifted without creating a dramatic protrusion in the jawline (see below – petite facial features are all the rage in many Eastern circles).

While cosmetic surgery in the Americas often focuses on removing excess baggage from under the eyes, doctors in Asia receive different requests. Residents of South Korea sometimes complain about the preponderance of a “monolid” – meaning that they want their faces to have two distinct eyelids to give their faces more definition.

Perhaps this is what contributes to the fact that SK ranks #1 in the number of plastic surgery procedures worldwide. The peninsula recorded almost a million procedures in 2014, which equates to 20 operations per 1,000 citizens that year alone.

As the saying goes, beauty is in the eye of the beholder… but it’s even more complicated than that. When we extrapolate outward, we realize that identity is affected by our immediate family, our local community, and our national profile writ large. What is considered “beautiful” will range depending on where you live and in what era you find yourself.

Case in point: South Korea. Social norms have determined that having a small head is more pleasing to the eye than a large one. To appear more diminutive, some Koreans are having their jawlines slimmed into a V-shape. This look can be achieved by realigning and resetting the jawbone completely or simply shaving it down surgically.

Many Asian nations have also pioneered the use of Botox to soften the jawline and reduce its severity. This is another method by which cosmetic surgery helps contour the human face and draw the viewer’s eyes to the areas you want them to notice first.

But you don’t need to travel thousands of miles to get the Seoul jaw treatment; overseas treks are expensive, and surgery requires the stability and comfort of home. In short, it’s best to research globally, but act locally. That’s why Doctor Binder prides himself on being proficient in various worldly disciplines while providing the safety and convenience of a clinic right here in Beverly Hills.

Speaking of the LA aesthetic, Southern California beauty ideals often emphasize high cheekbones and angular faces. However, our Asian cosmetician counterparts downplay such ostentatious displays and bulky facial presentations. Rather than going for that Angelina Jolie look, many Easterners opt for a more subdued, subtle silhouette.

Cheekbone surgery allows patients the flexibility of reducing the wideness of their face by diminishing the size and contours of their aforementioned cheekbones. A series of incisions, administered in the mouth, give surgeons access to the skeletal system without creating unsightly scarring on the exterior of the face.

Juxtapose this approach with a more Western-style cheek augmentation. Rather than shaving down the apples of the face, many American patients prefer to plump them up. This look can be achieved with an implant that typically only takes about an hour to properly situate. Combined with facial sculpting procedures, a cheek augmentation helps your profile stand out proudly and firmly.

The generalizations laid out above are merely meant to take the temperature of different cultures as a whole. While the trend in Asian countries may be a tighter, more delicate face, that doesn’t apply to all clients by any means. And this aesthetic may be just what a patient in the United States is hoping to achieve, regardless of ethnic background or national identity.

No matter what your preference may be, Doctor Binder has the expertise to bring your exotic/modest/worldly/understated cosmetic goals to reality. So, check your passport and check us out!