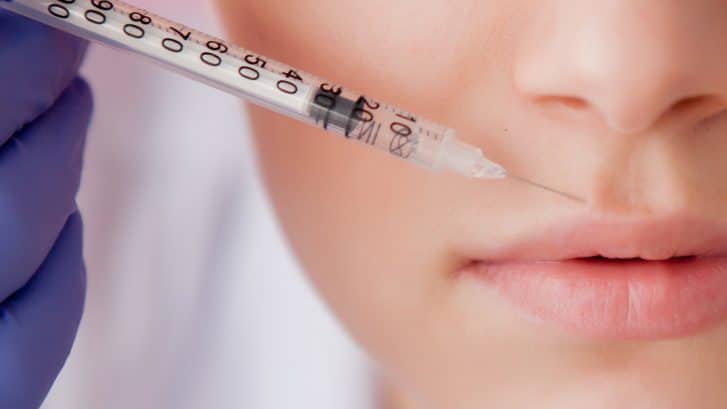 Growing up and aging are vastly different processes, but they are indelibly linked. Maturing involves more than just getting taller and bigger; it is a psychological process as well.

As we age, we choose how we want to look. We style our hair once it starts sprouting from our heads, we might experiment with makeup, jewelry, or tattoos, and we can explore the world of cosmetic surgery to supplement our natural beauty as it evolves.

But how young is too young for Botox?

We’re taking a closer look at the reasons why some women (and girls) are considering this process at earlier and earlier stages in their lives. No matter what the number on your driver’s license might say, your age is determined by your attitude as much as your duration on this planet, so let’s count down the most common reasons for Botox according to your age bracket…

As the old saying goes, “Smile and the world smiles with you.” But when that smile fades, sometimes the laugh lines linger. This phenomenon occurs increasingly often for people in their mid to late 40’s, and it is exacerbated if you have endured excessive exposure to the sun.

Many individuals choose to start their Botox regime earlier than age 40, especially if they are exceptionally expressive. Frowning and worrying add lots of unwelcome lines to the face, and may accelerate a cosmetic surgery strategy as needed.

Many patients don’t wait for a magic number before they experience the benefits of Botox, opting for preventative injections before they “need” them. This may begin in your 20’s, but trends have indicated that some clients are starting even before that milestone.

Botox: By the Numbers

While many perceptions of cosmetic surgery focus on older generations, the all-important millennial demographic has embraced Botox in greater numbers in recent years. In 2015, the total tally of people in their 20’s who underwent the procedure eclipsed the 100,000 mark in the United States alone. These statistics indicate a 33% increase in that same age group from the year 2010.

Fast forward to 2016, when the age of Botox adoption kept dropping while the number of those using it grew anew. Over 20,000 teenagers (from 13-19, to be precise) received injections of Botulinum Toxin Type A (the scientific name for Botox).

The reasons for this youth-skewing trend for teenage Botox are myriad. Kids spend an inordinate amount of time on social media, which amplifies and complicates one’s relationship with beauty and perception. Add to that the presence of influencers and celebrities, and you have the ingredients for an epic conversation in which users are constantly comparing themselves to an idealized image of what they think they should look like and how they plan to achieve those lofty goals.

While we often hold Hollywood stars to an unattainable standard of perfection, we all dream of being our most striking selves. It’s important to keep our feet grounded in reality, even as we have our heads in the proverbial clouds. Celebrity is largely an illusion, so we can’t try to capture an image that is partially smoke, mirrors, and airbrushing.

Botox is a safe and well-regulated option for anyone considering the many benefits that the compound offers its patients. But despite the fact that the procedure is minimally invasive, it’s still invasive. The age of the recipient should be taken into account before embarking on such a directive.

One of the youngest documented cases of Botox use was in a San Francisco girl named Britney. Her mother Kerry wanted to give the youngster an advantage in an upcoming pageant, so Britney’s mom administered the injections herself. Kerry claimed that her daughter was complaining about the wrinkles on her face, so she began delivering five shots at a time to Britney on three parts of her face.

That was when Britney was only eight years old.

This is an extreme case in every sense of the word. It is unclear how Kerry procured the solution in the first place since no doctor would go on record as approving Botox for a child under 10 years old. Britney’s mother took a cavalier attitude toward cosmetic alterations, and that should never be the prevailing attitude in healthcare nor childcare.

The Age of Consent

The Food and Drug Administration (FDA) approved the use of Botox in 2002, and they haven’t yet set an age limit on its application. That means that you don’t need to wait until 18 or 21 or any other delineated age to get your parents’ permission to receive the injections.

It is up to the discretion of a doctor whether or not to administer Botox to his or her clients. This is more than a matter of checking an ID; it’s a serious consideration of who the patient is and who he or she wants to become.

The Age of Reason

Any reputable medical staff must not only take into consideration the age of a person visiting their clinic, but also the holistic picture of his or her wellbeing. Is this individual seeking cosmetic surgery for the right reasons, both physically and mentally? Are they mature enough to make decisions about the procedures they desire? How well can they advocate for their own health needs?

These are questions we ask (and answer) every day. No matter how old you are, in years or at heart, we want to guide you forward as openly and honestly as possible. Whether you are considering Botox now or further in the future, it’s worth calling one of our trained, caring professionals to start the conversation. Talk to you soon.