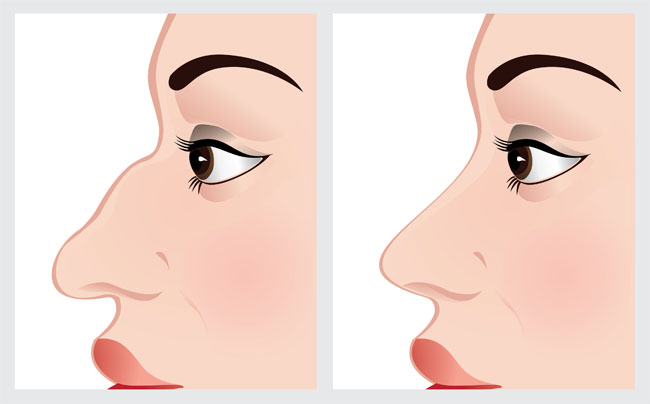 It’s in the center of our face, and some might feel that it draws the most attention during conversations: the nose. Because of the nose’s prominent appearance, any slight asymmetry can throw off the balance of your face. Perhaps that is why rhinoplasty, or a nose job, is one of the top 5 plastic surgeries performed in the United States, according to The American Society of Plastic Surgeons.

With the popularity of this procedure comes several reasons to have it performed. Here are a few reasons to get a nose job:

Many people are dissatisfied with the size, shape, or slant of their nose, which can lead to a lack of self-confidence.The nose is one of the most frequently complained about body parts, making it a common reason for elective cosmetic surgery. Whether you see your nose as too thin, too fat, or in some other way misshaped, a nose job can help. And with current prices in the U.S., the procedure is now easier and more affordable than ever.

Various medical issues, such as a deviated septum, can cause one side of the nose to become blocked, which can restrict airflow and cause difficulty breathing. On a cosmetic level, the damage may not even be visible, but it’s certainly something those suffering with these conditions notice. The technique of correcting a deviated septum, called septoplasty, may work to reduce these symptoms:

Nasal abnormalities can cause:

A deviated septum or a crooked nose might not necessarily be something you’re born with. These and other issues can happen as a result of trauma to the nose, trauma that damages the tissue, bone, and cartilage of the nose and leaves the nose damaged or misshapen.

This is not an uncommon occurrence, as injuries to the nose tend to happen often and by various means. Whether your nose was broken in a car accident or when mountain biking, rhinoplasty can help.

For a Naturally Balanced Appearance

Dr. Binder strives for naturally balanced and subtle results with all of his procedures, and he is highly regarded in the artform of rhinoplasty. No matter the reason, from cosmetic to reconstructive, Dr. Binder continues to produce successful and subtle results. Schedule your consultation today.