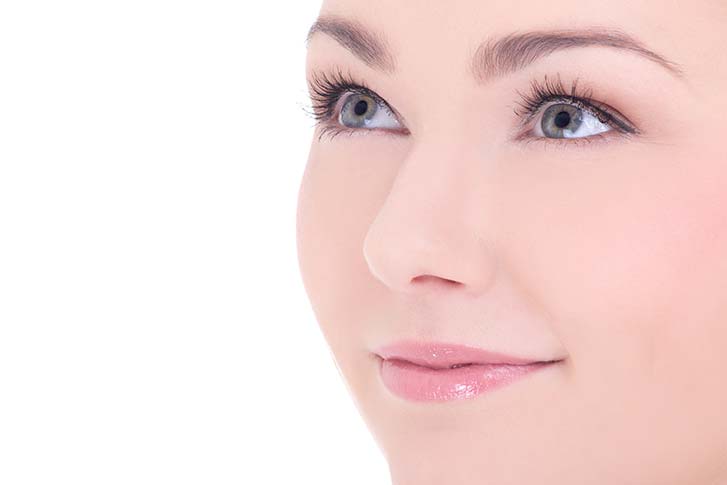 How Rhinoplasty Can Correct a Deviated Septum

While rhinoplasty is typically thought of as an aesthetic decision, it is also commonly used to correct breathing problems, such as those caused by a deviated septum. Rhinoplasties for practical purposes are referred to as functional rhinoplasties: more specifically, when referring to surgery designed to fix a deviated septum, they are known as septoplasties.

If you have difficulty breathing due to a deviated septum, a rhinoplasty is a viable solution to achieve better breathing today.

What is a Deviated Septum?

A deviated septum refers to the malformation of the septum (the bone and cartilage that separate the nostrils), obstructing breathing. Septoplasties can repair this malformation in a simple 15 – 30 minute procedure, with a short recovery period.

Some estimates suggest that up to 80% of people have some sort of imbalance in their septum, though very few face problems significant enough to require surgery. Symptoms of a severe deviated septum can include:

Symptoms are often worse on one side. Deviated septums may be present at birth, may develop over time as a result of changes during puberty or aging, or may be the result of trauma to the nose or face. Due to the continued development of the face during puberty, rhinoplasties are generally not performed on minors.

While patients typically have to pay out of pocket for cosmetic rhinoplasties, functional rhinoplasties are generally covered by most major insurance companies. If a patient is considering rhinoplasty for both cosmetic and health reasons, it is recommended to have both issues addressed at the same time, so that all revisions are covered by insurance.

Having both issues corrected at the same time is also a more convenient process for the patient, as surgery and its subsequent recovery will only be required once. While the required recovery time of a combined surgery will be longer than that of a purely functional procedure, the downtime is still significantly shorter than the result of two separate rhinoplasties. Moreover, a surgeon who is able to address both cosmetic and functional issues at the same time will be able to achieve more attractive, natural-looking results.

Schedule a Consultation with Dr. Binder

If you suffer from breathing problems and suspect that a deviated septum may be the cause, schedule a consultation with Dr. Binder today to determine if a functional rhinoplasty is right for you. Dr. William J. Binder is a leading double board-certified plastic surgeon, and was one of the developers of the preferred technique for modern closed rhinoplasty. Take a look at our history of patient satisfaction, and contact our office with all of your cosmetic and functional plastic surgery concerns.