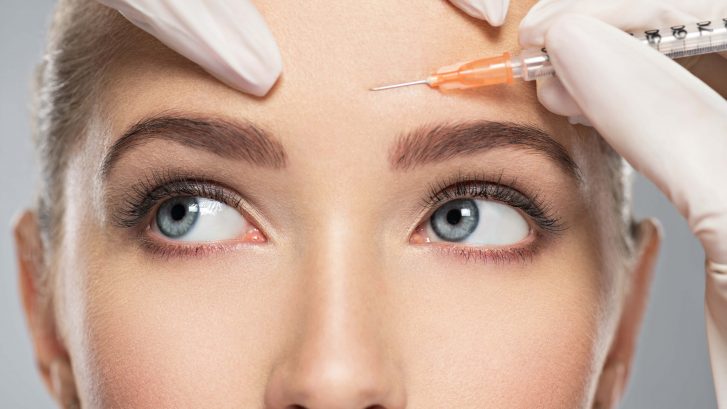 Botox Migraine Treatment is becoming an increasingly effective means of battling powerful migraines. However, as it is still a relatively new treatment – it was only approved for use with migraines by the Food and Drug Administration as recently as 2010 – some insurance companies might balk at the idea. So how does one go about getting insurance to cover it?

Let’s start with what Botox is. It’s a neurotoxin that’s created using the bacterial compound onabotulinumtoxinA and, in medical circles, is intended to treat muscular disorders. In cosmetic circles, it’s known to eliminate wrinkles by temporarily paralyzing facial muscles.

HOW DOES BOTOX AFFECT MIGRAINES?

When it comes to migraines, Botox is used in small but deeply concentrated quantities to stop brain signals reaching certain muscles. Typically, if left alone, those signals contract the muscles resulting in pain. With Botox, however, those muscles become relaxed and thus lessen the physical effects of the stress and tension associated with a migraine. This ultimately means that a migraine might be totally avoided (with no stress and tension to trigger it) – and it also means that by blocking nerve and muscle activity, Botox blocks the pain signals.

Botox therapy for migraines is not effective on every type of migraine; thus a patient’s eligibility for it is dependent on what they’re suffering from. According to the American Migraine Foundation, it works best on those experiencing chronic migraine. A chronic migraine is defined as more than 15 headache days per month as well as a minimum of eight migraine episodes – or if you suffer headaches that last a minimum of four hours.

With most migraine therapies, patients are required to administer medication once a headache has begun. Botox, though, is taken as a preventative measure. A person would get a set of 31 injections every 12 weeks with each session lasting around 15 minutes. Patients do not need to be sedated and can drive home after.

The botox is administered via injection.  Using a small needle, the doctor will inject into seven areas of both the head and neck including the nose bridge, the forehead, temples, and back of the skull. It is a relatively painless procedure; the patient only experiences tiny pricks.

It generally takes at least two sessions to begin to experience the benefit but some patients feel it sooner. The results last from four to six months. While it is an effective relief, it is not permanent – but some chronic sufferers can expect their headache days to be cut in half. Ultimately, botox treatment is just that; a treatment, not a cure.

The side effects can include stiff and sore neck muscles and some bruising or swelling around the injection sites. This usually only lasts for 48 hours. Other side effects may include dry eyes and skin rash – symptoms that mimic influenza. There are also nausea and headaches reported but nothing like the sort that is associated with migraines.

The price of Botox migraine treatments can range from $200 to $500 per session. That can add up to serious money for the two to three courses a patient would require.  One option is the Botox Savings Program that allows eligible patients to save on costs – sometimes up to $1200 a year. The other, of course, is insurance.

So how do you get insurance to cover Botox migraine treatment? In the past insurance companies saw anything Botox-related as cosmetic. There are some horror stories where patients were required by their insurance to try drugs that didn’t work. But times are changing and often, they will require evidence that other treatments have failed and this is more of a last-resort option. Since the FDA now approves the treatment, insurance companies can no longer claim the procedure is merely investigational.

And after all, migraines cost employers almost $13 billion every year – so it is definitely a huge health concern.

First, contact your insurance company provider to see what they cover. Some insurers work with your doctor and have you take several tests before they go ahead and authorize the treatment. This is known as prior authorization. The doctor will put together a report including your history of chronic migraines and submit this to them. You can assist your doctor with this report by providing additional information such as medications and treatments you’ve tried in the past and a detailed calendar of the frequency/intensity of your migraines.

Connect with your doctor’s nurse as your advocate.

Retrieve a recent copy of your insurance company’s formulary.

Talk directly to someone at your insurance provider.

You can also still use the Botox Savings Program in addition to insurance for a one-two punch at the costs. Either way, you should definitely get insurance before beginning what could be a costly but beneficial program.