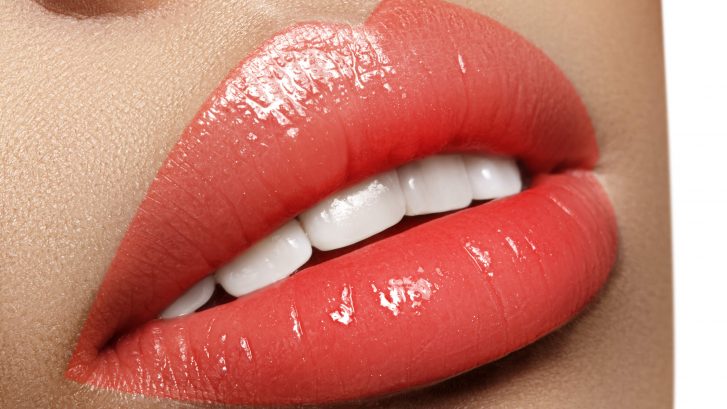 When celebrities speak, the world listens. They have the power to fund charities, launch movies, and even advance political agendas. Famous people’s mouths have clout, so they are under intense scrutiny as they say the words we’re all hearing…

The way your lips appear has an impact on how your speech is perceived. If your mouth turns downward or purses shut, your demeanor gives off an expression of secrecy. However, when your lips are full, then so is your message. The audience pays attention to warm, inviting smiles, which is why the five celebrities showcased below have sought out the right look for their lips.

The Kardashians/Jenners are arguably one of the most photographed and critiqued broods in the entire world. As a member of this ubiquitous family, Kylie was seeing herself on every magazine cover, TV screen, and social media feed imaginable. She had time to assess her look and decided that there was something missing: a perfect pucker.

That’s when Kylie turned to lip enhancement for a more robust profile. Not only did the procedure give her signature facial features a boost, but it also lifted her confidence. “It’s just an insecurity of mine and it’s what I wanted to do,” explains Jenner. “People are so quick to judge me on everything, so I may have tiptoed around the truth but I didn’t lie.”

Let’s face it: Emily Blunt is perfect. Always has been, always will be. But her lips have commanded more attention as her celebrity status has grown. For example, during her Devil Wears Prada phase, Ms. Blunt owned the mousy, downtrodden persona of her beleaguered character.

Fast forward to the present tense, when Emily has cemented her position as a leading lady supreme. Her star is eternally on the rise, and so are the contours of her lips. While we can’t confirm (or deny) that she has had an augmentation or fillers, experts on the matter have analyzed the evolution of Emily’s mouth over the years. They note that her lips have more volume these days, complimenting the contours of her face with grace and grandeur.

Ever since she splashed onto the scene in the Pirates of the Caribbean film franchise, millions of fans have fallen in love with Keira Knightley. Perhaps that’s because of her Cupid’s Bow; that’s the arched shape of the upper lip that’s said to resemble the archery tool of the mythical cherub of romance.

Knightley’s Bow has captivated audiences with an increased intensity over the years. The line of her upper lip has become more defined and the fullness of her mouth has been amplified to match her considerable talent.

From Australia to Hollywood and independent films to blockbuster stardom, Nicole Kidman grew up before our very eyes. The camera is her co-pilot, documenting every nuanced gesture and expression with exacting sharpness. Her look has always been breathtaking and commanding, and her performances have earned Nicole a museum’s worth of awards and acclaim.

The Oscar winner has now entered her early 50’s with elegance and style… and perhaps a few helping hands from skilled cosmetic surgeons. Ever since her auspicious debut in the limelight, Kidman’s lips have evolved from thin and striking to buxom and beautiful. Truly, she can imbue any role with character and class, and her facial features have developed alongside her enviable acting skills.

She’ll be there for you, and so will her luscious lips! Friends star Courteney Cox was always waifish in stature, and her mouth matched her angular beauty. However, as Courtney grew into her adulthood, she commanded more and more attention, so she needed lips to match.

Notice how young Courteney Cox had thinner facial features. As she aged, those lines were susceptible to wrinkling and deepening. However, with strategic augmentation procedures, we can counteract the aging process and create the majestic Hollywood look that Ms. Cox radiates to the world.

The Next Rising Star Is YOU

We can’t promise to make you rich and famous as one of the five celebs above, but we can certainly help you FEEL like a star. By adding fillers like Restylane and Juvederm to our client’s lips, we are able to subtly and stylishly enhance their facial contours. We never want to overdo it when it comes to cosmetic procedures; an ostentatious lip will get attention for all the wrong reasons.

Lip augmentation should fit your individual face. By adding volume in a safe, healthy way, we help you fully realize your inner celebrity. Your front door will become a red carpet as you march out to the world more confident and fabulous than ever before.

Your lips are ready to be seen, heard, and adored, so get them moving! Call us today and schedule an appointment with one of our attentive professionals. We listen to what your lips have to say… now and in your near and glorious future.